Welcome to our store How is Silage an effective solution to fill the deficit of fodder??

Silage has a very long history. It remains a crucial food source for dairy cattle to this day.

India is the largest producer of milk among all the countries in the world. Despite being the largest producer, the cattle productivity, and efficiency are very less than the global average. The average yield is about 1,600 Kg/animal whereas the world average is about 2,700 kg/animal. Israel and USA are the leading countries with an average yield of about 13,000 and 10,500 Kg/animal respectively. Poor nutrition, poor farm management, improper feed management, and also genetically being low potential are the main reasons for the low yield resulting in the low income of dairy farmers and other reasons such as the high cost of livestock feed which is roughly 60-70% of their daily income. On the other hand, India has a deficit of 36% in green fodder and 11% in dry fodder. Unavailability is much more severe during the summer and when the monsoon is a deficit.

To bridge the gap between demand and supply of cattle feed, alternatives for green and dry fodder need to be discovered. One such solution to the challenge is good quality silage (Silage is fermented, high-moisture stored fodder that can be fed to cattle, sheep and other such ruminants or used as a biofuel feedstock for anaerobic digesters) which also helps to reduce the volume of feed and thereby decreasing the overall cost of feed along while meeting the nutritional requirement. Long term preservation of fodder in terms of Silage became a solution to overcome the challenge of green fodder. 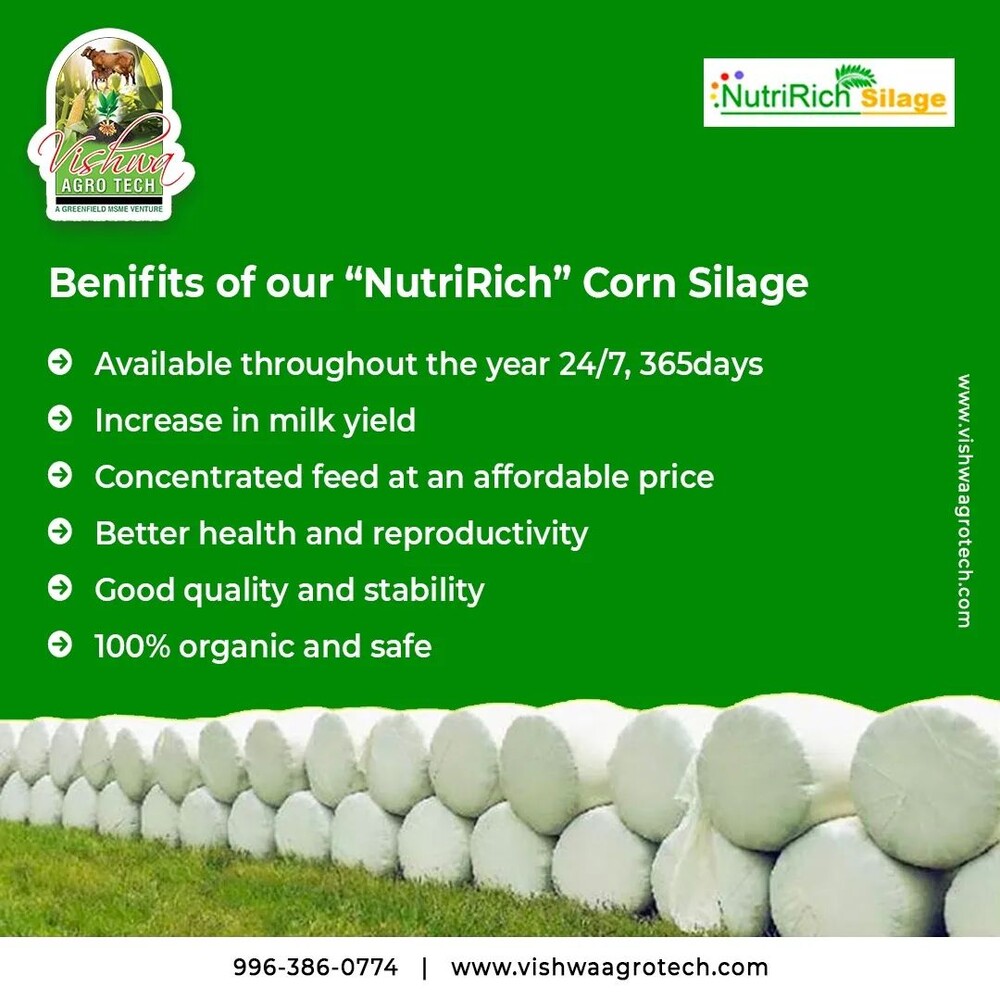 Silage ensures the availability of cattle feed during the dry season. Silage also helps in improving the digestibility of animals and in continuing milk production throughout the year. Corn silage is a digestible and edible forage with consistent quality, higher yields and more energy content as compared to other forage. Corn silage once prepared can be stored for around two years due to increased shelf life. It is more nutritious than other feed options and also improves farm productivity by substantially reducing production costs. Further inoculants containing lactic acid-producing bacteria help in improving the fermentation process, retain valuable nutrients, reduce losses, increase milk production and also improves the quality of milk by increasing fat percentage and protein in milk.

Contd… Let's see what makes silage so good for dairy cattle?? In part 2